The hardest part of my dealing with infidelity is not the emotional affair itself but what happened after I found out. 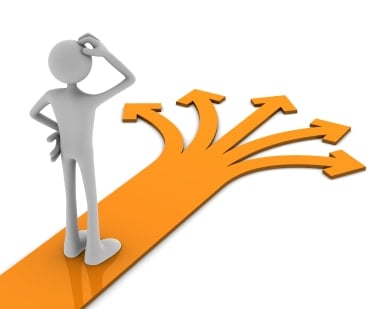 I had a difficult time understanding why Doug didn’t just stop cold turkey and had such a hard time getting back those loving feelings for me.

Now knowing the dynamics of affairs, and reading what Doug had to say about the chemical benefits received from infatuation, allowed me to look at his situation differently and I now realize that Doug was addicted to the feelings he was receiving from his affair.

Unlike being addicted to drugs or alcohol where there is a 12-step program, along with medicine available to counteract the withdrawal symptoms, there is no such program available to help pull away from the temptations of an affair.

As much it doesn’t seem fair, I believe Doug could have benefited from the support and guidance of his remarkable wife.  At the time though,  I was not remarkable or supportive.  And as far as offering guidance was concerned, I was functioning on pure emotion with not an ounce of logic.

Looking back, I now realize there are many things that I should have done differently. Things that would have possibly lured Doug away from the addiction, making my recovery less painful.  This advice really only pertains to those of you whose partners may still be on the fence having a hard time pulling away from their affair partner.

If your spouse has confessed, you are positive the affair has ended and they are doing everything in their power to make things right, then this advice may not be that helpful in your dealing with infidelity. 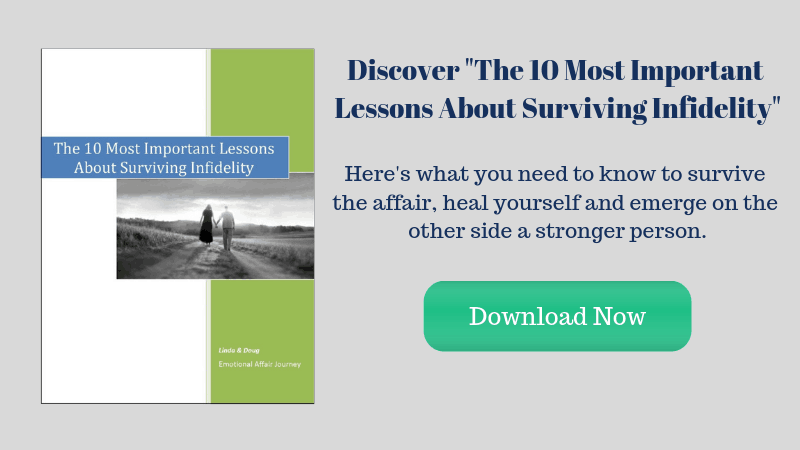 Dealing With His Infidelity: My Top 9 Mistakes

Mistake 1: My first mistake actually occurred prior to the affair. I was too naïve in thinking that this sort of thing would never happen to us. I’ve read a ton of books over the years on a variety of subjects, but somewhere along the line I neglected to read about how to have a good, happy marriage.  And it’s not a subject they teach you in school.

Maybe I didn’t read up on the subject because I was afraid to find out the truth about the shape our marriage was really in.  Maybe I was in denial or I thought that love would conquer all. I wish that someone would have left a copy of Paul Blanchard’s book “Why Men Cheat” on my desk years ago. This book would have opened my eyes to what was happening in our marriage and therefore saved me a lot of pain and suffering.

Unfortunately that didn’t happen and I bought the book much later after Doug had his affair. Occasionally I still read it as a reminder of what I should be doing to make my husband happy.

Mistake 2: Overreacting when I initially saw Doug’s cell phone usage. Looking back I should have attempted to remain calm, assess the situation, and gather more evidence while working on a logical plan on how to proceed.  Instead, I looked at his phone constantly.  I was dragging Doug out of bed and firing questions at him. I was acting on pure emotion and I really didn’t hear or understand most of what he was saying.

All I remember is statements like “We are just friends” and “I care for you, you are the mother of my children but I am not in love with you anymore.”

Mistake 3:  Turning myself around on a dime.  That is, acting like the perfect wife and doing everything I thought Doug wanted me to do.  This confirmed to Doug that everything was my fault.  If I believed that I needed to change that much then he was correct in feeling I was a bad wife and that he had been the perfect husband.  It also made him suspicious of my changes and added to his existing resentment.

Don’t get me wrong.  I did need to make personal changes and those changes have benefited me, as well as our marriage.  But as far as our relationship is concerned, we should have mutually explored our issues, taking equal responsibility for the problems in our relationship and discussed ways that we could improve our marriage.

Mistake 4:  Believing everything he said was coming straight from his heart.  I read somewhere that when a spouse is involved in a marital affair you should believe nothing you see or hear. When we would have those late night discussions I believed that he had individually explored his feelings and came to conclusions on his own.

Doug is a very intelligent man, but thinking about and expressing his feelings is not one of his best attributes. I wish I would have realized that he was receiving help with all his ideas.  Tanya had been there for the past nine months affirming, discussing and manipulating his thoughts about his unsatisfying marriage. When I heard some of the stupid things that came out of his mouth such as “In love feeling…”  “I deserve this…”  “Kids child are resilient…,” I surely hoped that he truly didn’t believe what he was saying.

Mistake 5: Being uneducated about what I was really up against and that an affair is not all about love. I know now that an affair is based on infatuation which produces the same effects as a powerful drug.  Combine this with the comparisons that occur and the constant affirmation from the affair partner, and it’s hard not to become addicted.

Realizing that comparisons are made between the spouse and affair partner helps the betrayed spouse understand what is really happening during the affair.  It is truly an unfair comparison.  They are comparing someone who is new and different to someone they have known for years.  They are comparing  a relationship that is free from responsibility to one that had stress and was based on real life events.

Additionally, during an affair the cheating spouse is receiving constant affirmation from their affair partner.  They are hearing how great they are and that they are not to blame for the state of their marriage. They have someone who agrees with their thoughts and thinks they are wonderful.

Mistake 6: Being personally drawn into the illusions of the affair. I shutter when I think about everything I told Doug.  I would tell him that she must be the perfect women for him and that he deserves to be with her.  I told him over and over that he should leave me and be with her and that I would take care of our family.  I told him she was his soul mate and I was not a very good wife.  All I was doing was helping to entrench these thoughts in his mind, whether they were real or not.

Mistake 7:  Acting like a woman who was one step away from the funny farm.  I acted clingy, neurotic, jealous, insecure, and distrusting.  Compared to Tanya, I must have appeared like a nut bag, making me the last person Doug wanted to be around.

In the matter of a few minutes, I would turn from a loving wife, into an angry and violent person, then into someone who would fall on the floor in the fetal position crying uncontrollably. He didn’t know which woman would be showing up and it scared him and royally pissed him off.  No wonder he continued to run back to her.  Her little bouts of jealousy and insecurity were nothing compared to the loony bird he was married to. To Tanya I was the perfect betrayed spouse. Every morning she would wake up and wonder what would  I do to screw up my relationship with Doug and make her look better.  It wasn’t really that hard.  I was a scared, powerless wife who didn’t know any other way to save my marriage. I was dealing with infidelity the only way I knew how.

Mistake 8: Trying to control him and tell him how he should be feeling. Throwing at him my moral convictions, showing him books, bookmarking websites, and telling him he was wrong.  Doug hates to be controlled and this gave him and Tanya an opportunity to discuss their feeling and their relationship. It opened up opportunities to discuss that their love was real and put the focus on them rather than me and Doug.

Now that it is over and I know that everything will be OK, it is easier to say just let them go and trust they will make the right decision.  I do know that you cannot make someone do what they are not ready to do.

Mistake 9: Not being myself.  I tried so hard to be like her, or at least the woman that I thought he wanted me to be. If only I had known that the woman he longed for was the person he fell in love with 30 years ago.  He missed the person I used to be before three children, a full time job, a mortgage and laundry. The person who thought that Doug was the most important person in my life, who laughed at his jokes and wanted to spend time with him.  That person would have been much easier to become.  After all, I know how to be that person.  I too had missed being that person as much as Doug did.

Obviously every situation is different when dealing with infidelity, but if your cheating spouse can’t make up their mind, is still seeing their affair partner or just seems to not want to come back to you fully then you might want to look at your actions to be sure you’re not making some of the same mistakes that I did.

18 replies to "Dealing With His Infidelity: My Top 9 Mistakes"