One can come up with hundreds of excuses for infidelity in marriage, but the person having an affair always has the choice to do or not to do. 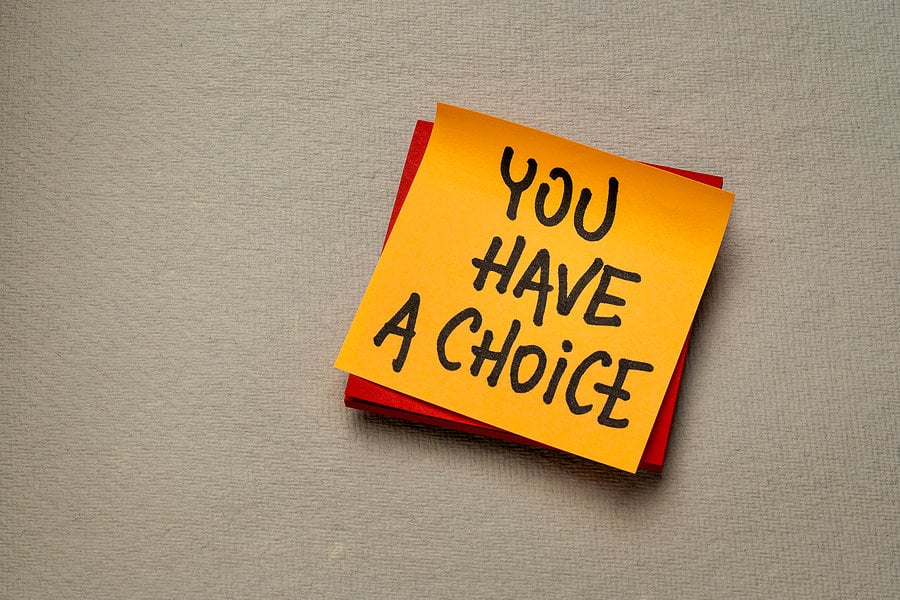 After all, you find out that the person you have shared a life with for many years is not someone you knew at all. The gifts of trust and security are torn away and you wonder who this stranger is who shares your bed.

So who is to blame when infidelity in marriage occurs?

Is it the unfaithful partner, the victim, or the other person? Is it all three people or no one at all?

Each time, I have the same view—the blame for an affair falls squarely on the shoulders of the unfaithful partner.

While circumstances, which number in the thousands, provide a relationship climate where infidelity is possible, we must not overlook the fact that there is always a choice within each circumstance. Whatever the name of the circumstance, whether it is mid-life crisis, allegedly frigid partner, addiction, physically ill partner, or any other number of items, the person having an affair has the choice to do or not to do.

One can come up with hundreds of excuses in an attempt to obscure, but it all comes down to the same thing. The unfaithful partner chose a certain road and gleefully followed it to its end.

In the recent years, I have noticed a disturbing trend among the therapy community where some therapists look for ways to assign blame for an affair to each spouse.  In fact, many therapists have become quick to point the finger at the victim first and proclaim, “What role did you have in this? What did you do to make him/her do it?”

Such proclamations of blame can be heard coming from therapists who otherwise seemed as if they were full of integrity. However, I do not believe that one can be full of integrity and still ask the victim of the affair to shoulder blame.

He Said, She Said: When the Wayward Spouse Plays the Victim Role

The other day, I witnessed another example of this type of thinking when I viewed a brief video seminar on infidelity. The therapist’s stated that men cheat when women “let themselves go.” Thus, this particular female therapist freely advised women to “stop eating so much” and to use any means possible to keep the same appearance that they had when they first met their husbands.

As for men, this therapist advised them not to feel guilty since she asserted that they are genetically wired to be visual. She reassured men that they are not shallow for wanting their wives to maintain a slim, beautiful, and youthful appearance. (One caveat, this therapist did not list her credentials, so I have doubt that she would have learned this viewpoint from an APA approved university).

You can’t blame the victim

Aside from the obvious fallacies in this belief system, I believe this is another attempt to blame the victim when infidelity occurs. Furthermore, such ideas are neither realistic nor do they foster the forging of deeper bonds between a two people. Any relationship worth having and worth keeping does not have a foundation that is built solely upon physical attributes.

There must be something more if a relationship is to grow and flourish. In addition to that, if a person finds they married someone who believes that his/her spouse must maintain a perfect appearance in exchange for their fidelity, it is likely that such a person will not be capable of having a mature relationship.

Frankly, I find it outrageous when a victim is blamed for an affair. This argument contains the same kind of quasi-logic as saying that a criminal is not accountable for robbing a bank because the bank had money in it. This type of argument would never hold up in a court of law.

But more disturbing, this phenomenon of blaming the victim is really very harmful. When an affair occurs, the innocent party needs validation and reassurance that he or she did nothing wrong. The innocent party deserves support, needs someone to trust, and a guiding hand to help recover from this profoundly traumatic event.

You are Not Alone If You Experience Post Infidelity Stress Disorder

When an innocent person’s world is turned upside down, it is terrible to say he or she was the cause of it. What’s worse is when therapists see no issue in asking for an hourly fee for delivering such destructive news. When therapists work with clients from this premise, it is a zero-sum game for everyone involved. Worse yet, it can effectively destroy any shred of the victim’s remaining self-esteem.

Fortunately, there are many people in the therapeutic community who strongly believe that the blame for infidelity falls squarely on the shoulders of the unfaithful partner. While we can discuss circumstances that made a partner prone to being unfaithful, these circumstances do not excuse the affair.

On the other hand, as couples go through therapy, it is usually helpful to discuss the circumstances, events, addictions, false beliefs, unhealthy attitudes learned in the family of origin, and/or narcissistic thinking that served as a prelude to the affair.

Sometimes if circumstances and the belief systems of the offending partner are examined at a deeper level, the couple can gain a greater understanding of the mechanisms that are operating just beneath the surface.

Doing such an examination is not the panacea to end all affairs, but it can be very helpful and can sometimes prevent a recurrence of an affair. But, such prevention can only be predicated by the capacity of the unfaithful partner to participate honestly in self-reflection while at the same time staying accountable. Holding the unfaithful partner accountable for his or her choices is the bottom line and the only way to kick-start the healing process.

Still, the bottom line remains. Infidelity occurs because the unfaithful partner has made a choice. Even on your most difficult days, never allow doubt to enter your mind and never allow someone to place the blame of you. After all, we neither cause nor control the behavior of another person.

If you are still not convinced, think of it this way. When someone commits a crime, shifting blame does not hold up in court. Just as laws are written to hold people accountable, therapists should also hold unfaithful partners accountable when they have committed a crime against the sanctity of marriage.

If you are a victim of infidelity, please remember that it is NOT about you. The unfaithful partner made a choice because there is something inherently lacking in him or her. In addition to that, your partner’s infidelity does not determine your worth or your lovability. Regardless of whether your partner stays in the marriage, you remain inherently worthy and inherently lovable.

That Paradox of the Look of Disgust

That Paradox of the Look of Disgust 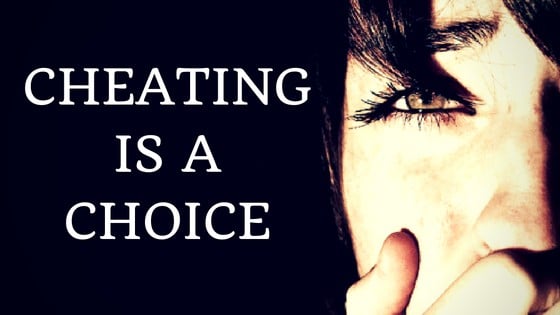 24 replies to "Infidelity in Marriage: It’s Always a Choice"