So what causes someone to cheat? 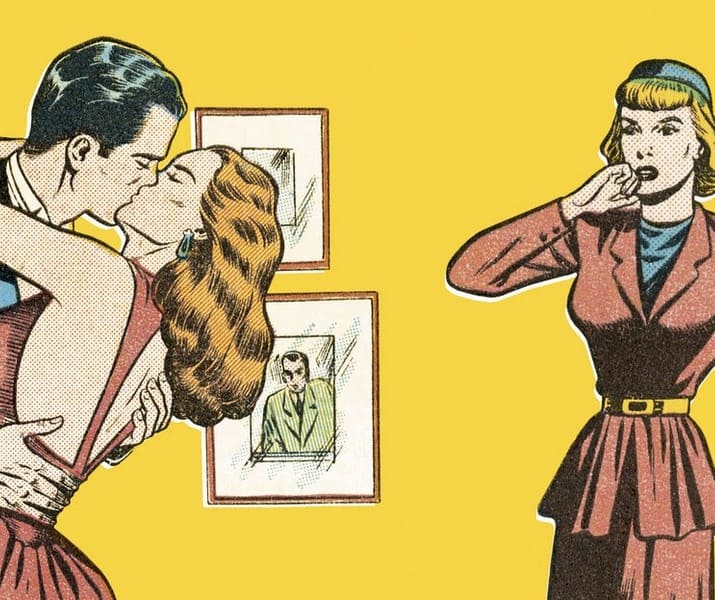 The eternal question that many betrayed spouses ask is: Why did my spouse cheat on me?

Here at EAJ, our mantra is that each individual chooses to cheat based on their own internal issues.

Take that phrase in carefully: a person chooses to cheat due to THEIR ISSUES, not your issues. A betrayed spouse cannot cause their spouse to cheat.

The Rabbi and psychologist, M. Gary Neuman did a large survey involving his own male clientele who had cheated on their wives. He had interesting findings.

“In a new study conducted by marriage counselor M. Gary Neuman, it is estimated that one in 2.7 men will cheat – and most of their wives will never know about it.  (Read:  The signs you may be missing)

What’s the number one reason men cheat? Ninety-two percent of men said it wasn’t primarily about the sex.

Josh says he cheated on his wife, Jennifer, because he felt underappreciated at home and started feeling insecure. “That insecurity was really the catalyst,” he says. “I didn’t feel comfortable going to the one person in the world I should be going to, which is my wife.”

With daily worries like bills, children and chores, Gary says it’s easy for couples to drift away from appreciating one another like they should. Gary says the other woman often makes the man feel better about himself.

Why Do Women Cheat? It Is Not For the Reasons You Might Think

“[She] makes them feel different. Makes them feel appreciated, admired,” he says. “Men look strong, look powerful and capable. But on the inside, they’re insecure like everybody else. They’re searching and looking for somebody to build them up to make them feel valued.”

How often does a man cheat on his wife with a woman who’s more attractive? Not as often as you may think. Gary found that 88 percent of the men surveyed said the other women were no better looking or in no better shape than their own wives.

For the first five years of his marriage, AJ says things were rocky with his wife, Janet. “We got to the point where we were really living in separate parts of the house. I went downstairs every time I came home from work,” he says. “So when somebody else took an interest in me and was interested in what I did, interested in my job, interested in what I wear – you name it – before I had the self-awareness to understand my vulnerabilities and take responsibility, I liked it – even though it was the worst decision of my life.  (1)

More of what causes someone to cheat…

I still find the one in 2.7 figure shocking, but it goes along with the research that nearly 50% of men and 48% of women will cheat on their spouse given time and opportunity.

Sex therapist, Vanessa Marin, has identified the core reasons that people cheat and like me, she believes cheating has to do with the person who is cheating. In an article she said:

“We tend to think that people cheat because they’re unhappy in their relationships, and that certainly can be true, but the reality is more complicated,” she explains. “It’s important we recognize there are plenty of people in perfectly happy relationships who also cheat.”

“They’re feeling lost in some way,” Marin continues. “Or they’re feeling disconnected with some part of themselves. And so they look for an affair to fill some missing gap, fill some hole, help them figure out something going on within themselves. There may not be an issue in their relationship with their partner at all.”

Some people, Marin says, aren’t actively looking to have an affair. Or they may not have ever considered they’d be open to the possibility. But then an opportunity presents itself—an out-of-town trip; someone new is attracted to them—and things happen without any pre-planning or malice aforethought.

If you’ve been cheated on, Marin says, it doesn’t mean that there’s anything wrong with you. Though cheating often involves sex, it’s rarely about the sex itself. It’s more about having someone new providing attention. If the cheating partner has been in a relationship for a long period of time, it’s about the excitement of an unexpected attraction.

“Infidelity is not a judgment or an indictment of the person who’s being cheated on,” Marin says. “It’s not because they’re a bad person or not attractive or sexy. It’s much more about what’s going on with the person that cheated.” (2)

I cannot reiterate it enough that infidelity has to do solely with the wayward spouse, their internal issues, and their choices. Still, as a betrayed spouse when considering what causes someone to cheat, it’s impossible not to take a partner’s infidelity personally.

Even though we know on an intellectual level that infidelity is not personal, humans are emotionally driven. The oldest part of our brain still reacts to cheating as a threat to our own personal survival.

When someone cheats on us, the oldest part of our brain senses danger.

The oldest part of our brain is right to sense danger. If we were to be left for another person, we may not be able to meet the financial needs of our children and ourselves. This could lead to devastating and sometimes deadly consequences.

The oldest part of our brain knows this and it is why we take infidelity personally. It triggers our instincts for survival and our primal brain sees our unfaithful spouse and their affair as a potential threat to our own survival.

Our prefrontal cortex is the newest part of the brain and it is where reason resides. We can logically understand that our partner cheated because of a deficit inside himself or herself.

Still, we will be subject to an internal battle due to the primal brain. All day, it will be sending us signals that infidelity threatens our existence. We will then have to use reason to over-ride these primal instincts. But, reason often fails. Soon, due to our partner’s affair, we find ourselves stuck in a daily loop, swinging back and fourth, between fight or flight mode. The tragedy is this process can lead to complex PTSD if we do not seek help.

Why It’s Important to Know if Your Spouse is Cheating

For the betrayed spouses out there, I will leave you with an excellent video on positive affirmations that you can put into practice.

23 replies to "What Causes Someone to Cheat?"