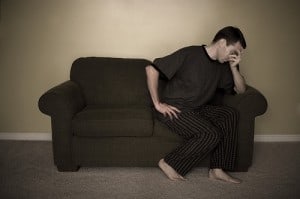 This is a guest post by Sara K. on how the cheater can deal with triggers caused by the memories of their affair.

It may surprise the spouse but it is nearly impossible for a day to go by that a Cheater doesn’t for even the briefest of moments, think back to D-Day. For many cheaters, D-Day may be the worst day of their lives.

Surprisingly though, for many it is actually the best day of their lives. D-day may have led to massive changes, introspection, issues finally dealt, no more secrets and hopefully a much better marriage.

As we often delve deeply into the mindset of the betrayed, I thought it would be beneficial to research some of the memory triggers that the Cheater needs to deal with and how he might handle those on a daily basis.

The memory is a fascinating thing. When we see someone from our past, even if it was a fleeting friendship in the fourth grade – just seeing them for the briefest moment can lead to the full rush of feelings that the friendship brought on.

Memory has a strong capacity to hold on to emotion and it is for that reason alone that any and all contact with a past relationship that led to the infidelity or affair must be ended – forever.

While this may seem difficult to a Cheater and quite obvious to the betrayed, there is still an emotional feed that the betrayed fed. Whether it was healthy or not (it wasn’t) it is a necessary step towards earning back trust that must be fulfilled.

So, how is the Cheater to deal when those memories return unsolicited?

Psychologists recommend a sort of re-association. When the Cheater thinks of the affair in a way that makes him feel good, quickly re-associate that thought with a memory of the spouse.

For example, Dan often remembered a day where he was feeling on a high with Shana, his affair partner.  They had rushed to a hotel, had awesome sex and then just jumped up and ran out the door. Nothing like that had ever happened with Erica, his wife. He felt guilty, but also a rush of excitement in that moment.

Now, after the affair was out in the open and he had over six months of therapy he realized that he didn’t want the rush with Shana. He really wanted that rush with Erica but had no clue how to ask for spontaneity. Once they discussed this together and had some time healing, Dan and Erica shared more spontaneous sex.

Now, when triggers remind him of Shana, he immediately feels disgusted with his behavior and remembers the loving feelings he felt with Erica. The trigger no longer had its hold and had been replaced with a happier memory with his wife.

Trust in and of itself can also become a trigger. Whereas before there was privacy, secrecy and hiding – now everything is out in the open for the cheating spouse after an affair.

Reading emails, answering phone calls or texts can bring back a flood of emotions and memories that could be hard to accept or deal with for the Cheater. Now everything gets shared across the board and while it is important to rebuild the trust, it is also a reminder of how badly damaged this relationship became. In healing, the shame is always there as the elephant in the room.

A Song, A Movie & Popcorn

Many Cheaters had experiential memories that will always pop into the consciousness at inopportune moments. Sitting at a movie with your spouse and suddenly the popcorn brings you back to her. Driving in the car and a song comes on the radio, her. The guilt and shame take over as you associate these emotions with the memory of what you did.

One of the best ways to lose those memories is to communicate. Tell your spouse, not that you are thinking of her (if that would be too painful) but that in that moment you feel sorry for how you hurt her. Sometimes just verbalizing the shame can help move the trigger into a positive and allow the intimacy to grow between Cheater and Betrayed and move into Husband and Wife.

Our memories cannot be controlled. Thoughts and triggers will always come and go without warning. What can be controlled are our reactions. Realigning our negative thoughts of guilt and shame and associating those emotions only with the affair.

Bringing positive memories and new memories to the forefront with the spouse is what will absolutely help reduce triggers and replace old thoughts. The good news is that with being present, taking in the gift that you are still here, still working at things and still committed to openness and honesty than the marriage will go far in reducing the affair triggers altogether.

10 replies to "How the Cheater Can Deal with Triggers"