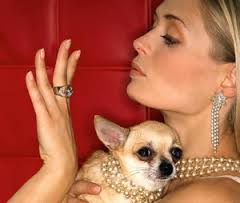 The other day I had a brief but interesting conversation with my sister-in-law regarding her relationship with her adult step children.

In case you’re wondering, yes this is my brother-in-law’s wife (initially his affair partner), and the step kids I’m referring to are our nieces and nephew.

It’s an extremely rare occasion that I’m ever left alone for more than a minute or two with my sister-in-law (Let’s call her “Kate”).  Usually, she and my brother-in-law (Let’s call him “William”) are attached at the hip whenever they are in town, and she typically follows him around like a little puppy whenever he moves about.

Anyways, on this day we all were gathered at Linda’s parent’s house for dinner and William had to run an errand for my mother-in-law.  Linda was inside helping her mother, and her dad was talking with our daughters who were in the pool.  So it was just me and Kate sitting there chatting (a situation that no doubt makes Linda a bit nervous as I have no problems asking questions).

There have been some family changes recently, which I won’t get into, that have created opportunities for Kate to come in contact with our nieces and nephew.  In fact, with one of our nieces and nephew, it was the first time that they have ever met in person, even though Kate and William have been married for about two years now.

So there we were sitting at a table outside under an umbrella on a hot summer day.  As we talked, I found an opening to start my interrogation…

My first logical question was “So how did it go when you met “Lori” and “Mike”?

To paraphrase, her response was something like… “Because they both really hate me and don’t want anything to do with me.”

Apparently Lori (never one to mince words) told Kate that she didn’t like her, wasn’t interested in having any type of relationship with her and that she was only being tolerant of Kate because she was married to her father.

Mike chose to go another route and refused to talk to her much at all; giving her the icy cold shoulder treatment during a recent two-day visit.

My response to her, “Well, you really can’t blame them at this point based on all that’s happened.”

She kind of got snippy and said, (again to paraphrase) “I don’t know what you mean, I’ve tried to talk to them and be extra nice to them…” “I even bought Lori some furniture and took Mike shopping for some clothes.” (An obvious attempt to buy their acceptance/friendship with William’s credit card.)

I said, “That may be so, but in their eyes you are the person who broke up their family and caused their parents to divorce.  On top of that Lori was the one who had to take care of her mother as she stayed in bed, depressed and suicidal.”

She replied, “I know but that’s been over two years ago and they need to just get over it.”

After that statement came out of her mouth, I was very thankful that Linda was not sitting there with us.  I have a feeling I would have had to peel Linda off of Kate as she tried to gouge her eyeballs and pull her hair out.

I retorted, “That’s easier said than done.  It’s going to take a very long time for them to get over it – if at all.”

Her response… “Well at least it’s a good thing that I don’t have to see them that often!”  And she chuckled.

Unfortunately our conversation had to end at that point as my father-in-law left the poolside and joined us at the table.

I sat there and thought to myself that this chick really doesn’t have a clue!

Later that night I filled Linda in on our little convo, which made her see six shades of red.  I thought her head was going to explode.   She couldn’t believe that Kate had the nerve to suggest that the kids “just get over it.”

But then again, what did we expect, right?

This woman has displayed over and over that the only person she cares about is herself and that she would pretty much do whatever it takes to get what she wants – good or bad.

Anyways, I was kind of bummed that my conversation had to be interrupted and I’ve been contemplating what additional questions I should ask her next time I get the chance.

59 replies to "A Conversation with Kate"