After an affair, couples may experience some difficulties if they are “working on the relationship.” 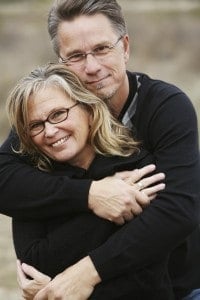 Recently we were asked to review “Infidelity Recovery:  Marriage Makeover” by Dr. Robert Huizenga, and in the introductory section there was a story about a couple he was counseling that was having a terrible time after the husband had an affair.

The couple had resigned themselves to “work on the relationship,” but for some reason they were at an impasse.

The wife would try her hardest to make the husband comfortable when he came home from work.  She would affirm and welcome him.

The husband explained how he tried to talk more, be present for her and meet her needs. He tried to make her feel more desirable and loved. Each was hanging on the other’s words.

In addition to a lot of tension that surrounded them, the couple was worn out emotionally and physically. There was little life in each of them and in the relationship.

Surprisingly enough, Dr. Huizenga’s advice to the couple was to stop working on their relationship.  After a week or so, the result was a new sense of relief and freedom, and the start of a new foundation for love and intimacy within their relationship.

The following are some difficulties that Dr. Huizenga says are typically experienced when a couple commits to “working on the relationship:”

1.  “Working on the relationship” often implies that each “should or must” act, feel and think particular ways to make their efforts successful. A “should” sets one up for failure and disappointment, for no one ever fully acts, thinks for feels as they “should.” An atmosphere of effort and grinding it out permeates the couple. And, each holds his/her breath, as they both believe that failure follows the next interaction. Talk about pressure!

2.  “Working on the relationship” for a huge percentage of the couples means being “nice,” accommodating the other and being on your best behavior. Conflict is seen as a catastrophe. Such a strategy, in essence, obscures and clouds the truth. The truth, which sets a couple free, is relegated to the background and buried under the surface.

3.  “Working on the relationship” often means trying to find a “middle ground.” There must be “something in common” that the couple has that will hold them together and make it better. Well, maybe there isn’t any “common ground!” And, just maybe that is good. Perhaps the differences, the extremes, give the couple fire and passion and create, together, that which each, at one level, is looking for.

4.  “Working on the relationship” often means working hard to meet the needs of the other.  I “sacrifice” my needs, or at least put them on the back burner, and intentionally go about “making my partner happy” by attending to his/her needs. This may work for a period of time but resentment at some point emerges since one or both believe that the need meeting is not being reciprocated to the degree he/she would like.

5.  “Working on the relationship” often is thwarted because there is not enough depth. Individual differences are not pursued with a curiosity and intensity that allows for maximum growth of the individual and therefore couple. “Issues” are not torn apart, looked at, marveled at, appreciated and seen as a resource for further self exploration and self disclosure.

6.  “Working on the relationship” often comes up short because a couple easily reverts to old patterns. They begin to “swirl” in the old communication patterns and ways of thinking, feeling and acting. When lacking adequate exploration of differences and avoiding conflict the couple easily slides back into that which was familiar, not pleasant or comfortable, but certainly known territory.

14 replies to "Marriage Makeover: Stop Working on the Relationship"