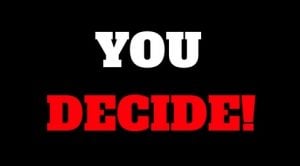 This is the latest installment of our ‘You Decide’ series where you will provide your opinion on a fictional affair scenario. In this particular scenario, we tell the story of Ron and Maria and their all-to-common tale of being in affair limbo.

Ron and Maria have been married for 25 years.  Their marriage has always been pretty good, but for the last several weeks Ron had been somewhat distant.  He’s been drinking more than usual, spending more time down in his basement man-cave, and is often short tempered with Maria.

Maria had written his behavior off as being stressed-out at work or perhaps hitting that mid-life crisis stage.  That is until six weeks ago when Ron left his cell phone out and Maria saw a text flash on the screen with the words “Goodnight, love!” Her curiosity got the best of her and she soon discovered hundreds of text messages between Ron and some anonymous person.

During the 2AM confrontation, Ron confessed everything to Maria.  He admitted that he has been involved in a physical and emotional affair with a co-worker named Andrea for the last 6 months.  Andrea was 10 years younger than Ron and was a single mother of two adolescent children.

Ron said that Andrea meant nothing to him and quickly promised to end the affair.  He assured Maria that he loved her, was sorry and he would do whatever he could to make it up to her.

Fast forward to just the other day…

After 6 weeks of emotional hell, Maria was just beginning to think that things were turning around for the better with her and Ron.  He had been acting more involved, was helping around the house more and was generally in a better mood.  He was even willing to talk about Andrea and answered most of Maria’s questions pertaining to the affair.

Then one night while Ron was out of town for work, Maria stumbled across a secret email account on their home computer in the basement.  She was shocked to find that Ron and Andrea have been corresponding through email since he supposedly ended the affair.  Further, it became apparent from the emails, that their affair had lasted not just 6 months as Ron had told her, but almost 2 years!

Immediately Maria called Ron, and through sobs, told him what she had found.  She also told Ron that when he got home they were going to have a very long talk about this.

Two days later when Ron got home, they had a long, tense discussion in which Ron came clean.  He broke down and admitted that the affair had been going on for about 2 years and that he had fallen in love with Andrea.  He really had tried to end the affair, but after just a few days of seeing her around the office, he missed her too much.  He approached her and they agreed to continue their affair.  They also decided to communicate only through the secret email account from now on.

Ron says that he loves Maria, but that he also loves Andrea.  He knows what the “right thing to do” is, but can’t seem to do it.  He now realizes that he’s put these two women that he loves in a terrible spot.  He knows he needs to end the affair but is too weak to do so.

Maria loves Ron very much and really wants to save her marriage, but Ron’s lies and betrayal have devastated her.  She doesn’t know what to do.  She worries that if she gives Ron an ultimatum that she will only push him further into Andrea’s arms.  Yet if she lets the affair “play out,” she doesn’t know if she is strong enough to live through that sort of indefinite torture.  She is now very much in limbo.

So, what should Maria do at this juncture? You decide. 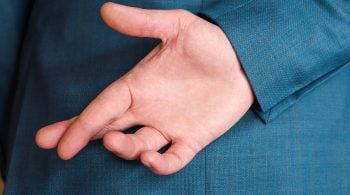 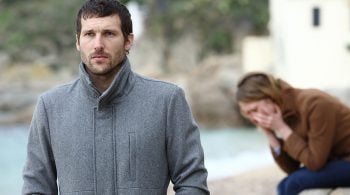 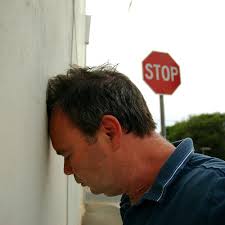 63 replies to "You Decide: Ron and Maria – Living in Affair Limbo"