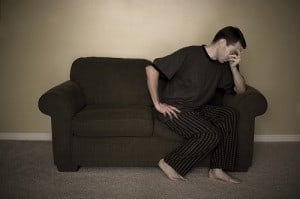 Statistics state that just around 25% of relationships that start as marital affairs will succeed.  While I was in my emotional affair relationship, I would have thought that this statistic was a bunch of crap.  I would have simply dismissed it while in my “affair fog,” since I felt at the time that my relationship with Tanya was so wonderful.

Many in the same boat would probably say something like “Well our relationship is different than all the rest…”  We all know that in most cases this is complete bull$#%t.  The fact is, it is really hard to make a relationship that started as an affair, succeed in the long run.

Now that I’m far removed from my emotional affair, I can honestly say that I’m surprised that the percentage of successful relationships that start as marital affairs isn’t LOWER.

Linda pointed out a blog post from a therapist named Susan Berger that was very interesting, as it discussed the various reasons why she felt that marital affairs were destined not to succeed. (You can read her post by clicking here) One paragraph really stuck out as it pretty much fit my situation to a “T.”

The question of whether the new relationship will succeed relates to what function it is playing in your relationship with your partner. If you have the kind of primary relationship where you initially experienced a significant amount of time where you were mutually in love and satisfied with the relationship and then grew apart because of life stresses or conflict and you entered the affair to experience being in love again, this does not bode well for the long term success of the affair relationship. That is because almost all relationships follow a predictable course of developmental stages, all at some point going through a period of disillusionment which, if you can get through, lets you out into the side of a mature, dependable and sustaining love based on reality rather than romantic idealization. If you deal with the disillusionment by betraying the commitment you have made, then you may not have the tools to navigate this stage which is waiting for you down the road in your new relationship.

Now, believe it or not, I did come to realize this on my own.  But I do admit that even though I am pushing 50, prior to my emotional affair I obviously didn’t have the tools to navigate my own marriage with Linda, much less try to do so in a new relationship.

I had an immature “romantic idealization” at the time, and since I wasn’t seeing that in my own relationship with Linda, I stumbled across it with Tanya.  I guess you could say that was my own period of disillusionment.

Once removed from the emotional affair, I realized that any shot of a long lasting relationship with Tanya would have failed miserably, and Linda and I have managed to get through this period of “disillusionment” (on both our parts) with (as Berger states) a much more “mature, dependable and sustaining love based on reality rather than romantic idealization.”