Rediscover yourself after infidelity – 3 critical steps to take so you can properly move forward and design the best life possible. 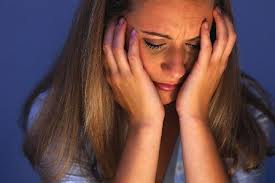 One of the most common pieces of advice for surviving infidelity that is given after a victim finds out about their cheating spouse’s affair is to work on “YOU.”  But in the midst of all the turmoil, I found that the last thing I wanted to focus on was myself.

Instead, I felt like I had to win back my husband and save our marriage.  There was a sense of urgency and I didn’t have time to go out and change myself.

Here is where I was somewhat off-base.  Working on your self isn’t about changing yourself.  Actually, I feel it’s about rediscovering yourself.

When everything I had counted on was torn asunder by Doug’s emotional affair, I felt I was literally trying to start my life over from scratch. But before I could truly rediscover who I was, I had to get to the point where I could actually do so.  After all, my emotional and physical states were not exactly at their peak, and I was in no way thinking clearly.

For direction, I turned to Dr. Frank Gunzburg’s book “How to Survive an Affair” where he discusses some  critical steps that I needed to take so you that I could properly move forward and design the best life possible for myself, one that takes into account my needs, wants, and values.  I’ve outlined 3 of these steps below:

But with emotional pain, you can’t ignore it, evade it, or escape it—at least not permanently.   Gunzburg says that…“You have to deal with the pain and define the emotions you are feeling.”   This part is very tough, but by acknowledging the pain and the resulting emotions, it leads you closer to acceptance of the hell you are going through, which can lead you down the path to surviving and to rediscover yourself after infidelity.

The thoughts that ran through my head (and sometimes still run through my head) about the affair and about the other woman, haunted me daily.  I constantly was comparing myself to her, and as a result felt she was better than I was.  My self-esteem and self-concept were at all time lows.

It took awhile to work through these painful thoughts and deal with the negative self-talk that was going on in my head.  I realize now though, that my perspective was out of whack.  I also know now that this is normal, yet I was able to regain my normal perspective over time.  As a result, I know that the affair was not about me and that I’m a far better wife, mother and person than the other woman will ever hope to be.

Though it’s important to acknowledge and accept the painful emotions and thoughts that you have after the affair, it’s even more important that you don’t let the anger and negativity remain inside you to fester.  If it does, surviving infidelity will be next to impossible.

What helped me to filter out these feelings was doing things that I wanted to do for myself.  Daily exercise, weekly lunches with friends and other activities I enjoy helped to occupy my mind’s time. The point is, you need to remember that there is more to life and to this world than the pain you are experiencing, and that it doesn’t have to be your destiny to live a life of misery.

Surviving infidelity has been the toughest thing I’ve ever had to do.  A day does not pass that I don’t think about Doug’s emotional affair.  But along the way to healing from the affair, I’ve learned to rediscover myself and my marriage and realize that both are doing pretty darn good.

If you want to have a fighting chance to survive infidelity, rediscover yourself after infidelity and save your marriage, then you should check out Dr. Gunzburg’s course and arm yourself with the same information and techniques that helped guide me (us) on my journey from an affair.

2 replies to "Surviving an Affair – Rediscover Yourself After Infidelity"