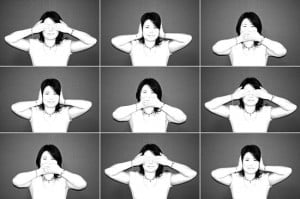 The other day while Doug was searching for content to add to the member’s area, I was momentarily looking over his shoulder at an article he was reviewing that dealt with denial.

The article wasn’t solely about denying an affair but more so the denial of inappropriate behavior by one’s partner in general.

It briefly made me recall all of the denials that I had to endure even though all the signs and the evidence indicated that Doug was having an affair.

The following article by Bill Herring, LCSW, CSAT touches on his four types of denial that you’re likely to encounter when confronting your spouse about any sort of inappropriate behavior and/or affair.  His ideas can also be helpful as you learn of further details of the affair and the typical denial that occurs during those conversations as well.

The Four Denials Of Responsibility

If you’ve ever been significantly mistreated by another person (and who hasn’t?) you may decide at some point to confront that person for their inappropriate behavior. This can be an important step to reclaim the sense of personal power you may have felt you lost through their actions. Examples can range from as serious a situation as confronting a parent who abused you when you were a child to letting a co-worker know how his or her actions bothered you. However, in any such confrontation it’s important that you not set yourself up for further damage to your self-esteem. This is where knowing about the “Four Denials” can be very useful.

The four denials are typical responses that you may get from someone you confront for past inappropriate behavior. They are common barriers that prevent people from fully accepting responsibility for their actions. I think I remember first coming upon this concept in the book “The Courage To Heal” by Ellen Bass and Laura Davis. If you are not prepared for these denials you may be feel frustrated rather than relieved after your confrontation.

(1) The first denial is the “denial of fact”. This is the person’s refusal to acknowledge that an inappropriate act even occurred. He or she is likely to say such things as “it never happened, you’re wrong, your allegation is not true.” So the first level of acceptance is for the person to acknowledge that the problem is a real one.

(2) The second denial is “denial of impact”. This is the attempt by the person you confront to minimize the importance of the event you are bringing to their attention. At this stage a person is likely to make statements such as “it’s no big deal”, “don’t be so sensitive”, “you’re making a mountain out of a molehill.” These are all examples of how a person may downplay the importance of the problem he or she caused. The second level of acceptance is for the person to admit that the problem or infraction not only exists but that it is serious.

(4) The last type of denial is what I call “denial of change.” It takes the form of refusing to acknowledge the possibility of making amends about the situation in question. “That was in the past so there’s no point in bringing it up”, “That’s just the way I am”, “Nobody’s perfect” are all examples of how a person can try to duck responsibility for making things better. The fourth level of acceptance is for the person to actively demonstrate remorse and a desire to heal through words and actions.

To summarize, denial of fact says that the offense in question never happened, denial of impact trivializes the consequences of the abusive action, denial of responsibility uses some extenuating circumstance to excuse the behavior, and denial of change professes that nothing can be done about it anyway.

Put this all together and you are likely to hear some version of the following four denials from a person you confront: “It didn’t happen like that, it’s no big deal anyway, it wasn’t even my fault and besides there’s nothing that can be done about it.”

By contrast, a person taking full responsibility says some version of these words: “I admit the event happened. I agree it was a big deal with serious consequences. No matter what extenuating circumstances were going on at the time, I bear ultimate responsibility for my behavior. Regardless of how bad or how long ago it was, there are steps I am willing to take to help you heal.”

So it’s easy to see that there are a lot of ways to engage in denial but only one way to fully accept responsibility. It reminds me of the famous line of Tolstoy that “all happy families resemble one another, each unhappy family is unhappy in its own way.” There are many ways to get it wrong, but only one way to really get it right. No wonder so many people struggle with accepting accountability for the problems in their life! It takes a lot of emotional strength to do so.

The key for you is to be clear in your mind that these four denials are not up for debate. It can’t be crucial to you whether or not the person you confront admits “it did indeed happen, it’s a big deal, I accept responsibility for it and I want to make it better.” To think or hope otherwise is to risk setting yourself up for further pain and disappointment. Settle these issues in your own mind before bringing it up for discussion. You know what you know, and your only task is to affirm it to yourself and the other person. The rest is gravy, nice if you get it but not crucial if you don’t.

Continued denial in the face of damning evidence is incredibly frustrating.  It makes you want to pull your hair out.  As the author suggests, denial is just a barrier to accepting responsibility.  Or put another way…Denial is a defense mechanism that serves to protect the ego from things that the individual cannot cope with.

So, after reading this do you feel that you encountered (or used, if a cheater) any of the denial tactics that Mr. Herring details?  If so, how did you handle it?  We’d also be curious to know if the denials continued even though there was seemingly insurmountable evidence to the contrary.

For more information on denial, you might want to check out this video (about 20 minutes) 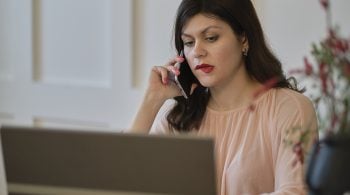 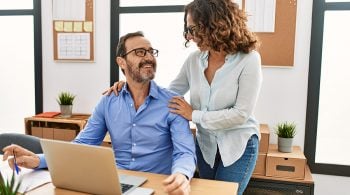 82 replies to "Denying an Affair"