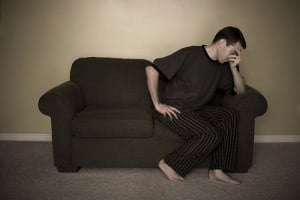 After an affair is discovered, in most cases a metamorphosis begins for the unfaithful spouse.

Up until that time he/she may have been carrying on as if nothing was going on.  They were stealthy in their ways and they thought they would never get caught.

Then it happens. The affair is discovered.  It could have happened any number of ways; an undeleted text or email, an overheard phone call or perhaps they were caught red-handed.

Regardless, this is when the post-affair-discovery metamorphosis begins.

This post will give you an idea of what sort of phases you can expect the unfaithful partner to ‘pass through’ after their affair is discovered.  I’m guessing that most of you have seen or experienced this first hand and can relate to what I’m about to share.

Keep in mind that these phases are derived from experience – both my own and from others I talk with – and are not based on research or any psychological or therapeutic principles.

One might experience all or none of the phases or elements within each phase and/or they may carry elements over into another phase or in a different order.  Additionally, it’s hard to say in all cases how long each phase will last.  Some folks will linger longer than others and some will even skip certain phases.

Phase One:  The ‘Tangled Web We Weave’ Phase – This phase is all about deception.  When the unfaithful gets busted, most of the time they will attempt to practice the art of deception in its many dubious forms:

Phase Two:  The ‘I Need a Fix’ Phase – More commonly referred to as the withdrawal stage.  This is where the affair has ended by some means and the cheater is in a funk.  They are missing their affair partner and are feeling the effects of being cut off from the ‘high’ that the AP provided.  I believe this is the phase where most relapses occur. In this phase the cheater may experience the following:

Featured Download: We’ve created “A Survival Guide for the Unfaithful” which is meant to help the unfaithful gain a better understanding of the betrayal and lead them towards better decision making and providing greater assistance in the healing process. You can download this guide by clicking here.

Phase Three: The ‘Hamster Wheel’ Phase – This frustrating phase is often where nothing seems to be happening.  There’s no progress in the relationship and the unfaithful isn’t doing anything to make the situation any better.  Lots of wheel-spinning going on.  This may be the phase where many marriages either make it or they fall apart and the CS never continues to the next phase as a married person.  Here are some common traits of this phase:

Phase Four:  The ‘Head Out of the Ass’ Phase – This is when the unfaithful who wants to reconcile starts to ‘get it’ and figure things out.  It’s obvious that the affair is truly over and they are doing their best to try and rebuild all that they have destroyed. Here is what you might see:

Phase Five:  The ‘Every Thing is Just Peachy’ Phase – In this phase, the ex-cheater is feeling good about things.  Trust has been rebuilt to some extent, the relationship seems to be going great and the future of the marriage is very promising.  It’s important not to get lazy though.  Here’s what to expect:

Okay, I think that’s about it.  I’m sure that there are some things I omitted that might be appropriate in your situation, so feel free to add them and share your experiences below in the comment section.