The 9 Common Traits of A Serial Cheater – Attitudes and behaviors that are found in those who are likely to be unfaithful multiple times. 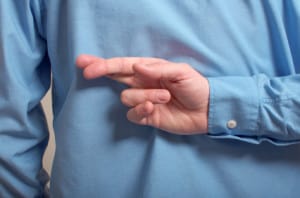 Note: Recently, one of the readers asked whether or not there was a way to know if a person who cheated would be a repeat offender.  After thinking about it, I put together this post about traits that set serial cheaters apart from “one hit wonders.”

Though this is written using a man as an example, the traits would apply to women as well.  However, human behavior is always complex and a myriad of factors play into the decisions people make, for the better or for the worse.

Ultimately, we can only predict what a person might do, rather than know with 100% what they will do. So, it is with that caveat that I have written this post.

Common Traits of A Serial Cheater

I have put together a list of attitudes and behaviors that are commonly found in those who are likely to be unfaithful multiple times. Those who are likely to have multiple affairs possess one or more of these traits, which take a starring role in their personalities.  Here are the common traits of a serial cheater:

Sociopathic attitudes: Constant disregard for rules; lacks guilt and remorse when caught doing something harmful. He appears to lack a conscience in all of his social dealings. He sees himself as belonging to a ‘dog eats dog world’ where no one is loyal. Therefore, he will not settle for being less than top dog. This usually translates into a global disloyalty to everyone in his life.

Narcissism: This person displays pathological selfishness, an extreme sense of entitlement, and he is always looking for new sources (people) to feed his ego. His needs are paramount and everyone else exists just to fill them. In fact, in his mind, only his needs are real and he cannot comprehend that others have needs apart from his own.

Addictive behavioral tendencies: He could be a diagnosed sex-addict, or he may just be an alcoholic or recreational drug-user. But, don’t let substances such as alcohol fool you. If he uses them frequently, his better judgment has taken a very long sabbatical and it won’t be returning anytime soon.

Behavioral baseline & past actions: People’s past actions usually dictate future behavior. Unless they have undertaken a long-term process of behavioral modification with the help of a professional, it would be better to assume they will not change. As they say, “fool me once, shame on you. Fool me twice, shame on me.” That phrase originated because of this phenomenon of repeating bad behavior.

Displaces blame: This man constantly displaces the blame onto others when he is clearly the person at fault. He will perform the most impressive mental acrobatics in order to make it seem as if others are the cause for his terrible behavior. You can ‘nail his foot to the floor’, develop ironclad guidelines, and you can show objective evidence that he is at fault. But he always, always, always finds away to displace blame. In fact, this is his most reliable trait—his ability to always blame others for his bad behavior.

High sensation seeker/loves adrenaline driven situations: He loves jumping out of planes, he dreams about racing fast cars, he is saving money for a solo expedition up Mt. Everest. Yes, ladies, this guy can appear to be really exciting. But, his adrenaline seeking behavior usually extends to his love life and he finds the challenge of conquering new women intoxicating. If you don’t believe me, watch a James Bond film.

Early role modeling involving infidelity: This guy has wounds from his childhood and he has witnessed one or both parents cheating over and over again. There was never any resolution to his parent’s behavior and they never changed. He did not have positive role models and he does not know how to do things differently. When trouble strikes his marriage in the form of boredom, fighting, mid-life crisis, he will likely begin an affair. After he starts having affairs, it is easier for him to continue than to find other ways to handle marital frustration.

Low tolerance for deferring gratification: This guy has to have everything now and he cannot see how current actions effect future outcomes. He might have mountains of credit card debt and his house might be littered with doo-dads he does not need. If this type of personality enters into an affair and loves the feeling, it is highly unlikely he will go back to faithful behavior.

Extreme insecurity: This fellow needs constant reassurance and he is always looking for sources of reassurance. If he has decided to use other women as a source of reassurance and specifically if he feels reassured by the affairs that he has, he will have a difficult time letting that source go.

This is a list of personality traits that might pre-dispose someone to an affair. However, these traits can be present and a man may not have an affair at all. Or, if he does, he may not continue. These traits just make him more than likely to have affairs and continue having them.

But, in terms of staying or going, I believe that the above knowledge coupled with what your gut tells you to do can help you make the decision.

Leaving a marriage, no matter what the circumstance, is very difficult. However, it might provide at least some cold comfort to know the nature of what you are dealing with so that you can leave with a little confidence that you are taking the right steps.

Still, only you know what is right for you to do. So learn as much as can in order to make an informed decision and follow that path that feels most right to you.

97 replies to "Should You Stay Or Should You Go? Know the 9 Common Traits of A Serial Cheater So You Can Decide"