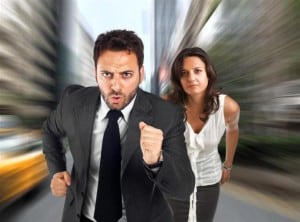 Recently there was a comment in one of the posts where a reader recommended the book Runaway Husbands: The Abandoned Wife’s Guide to Recovery and Renewal by Vikki Stark.  Whenever a reader recommends a book it peaks our interest, so we had to check it out further.

A couple of disclaimers…  First, we want to be upfront and tell you that we did not actually read the book.  The information in this post comes primarily from the Runaway Husbands website . Our aim is not to do a book review but to educate you a little bit on the subject, as well as get your opinions on this topic.

Second, though this post is about Runaway Husbands and Wife Abandonment Syndrome, we certainly are of the opinion that there exists Runaway Wives and Husband Abandonment Syndrome as well.  We imagine the two are probably quite similar in many ways – but feel that men probably emotionally process abandonment differently than women do. (We know…we’re writing a lot about abandonment lately.)

Vikki Stark, MSW is family therapist, author and internationally renowned divorce expert, as well as the director of the Sedona Counseling Centre of Montreal. She is not only an expert when it comes to ‘Runaway Husbands’ as a result of her formal training, but also from a personal standpoint.  A while back, her husband of 21 years up and left her for another woman – his secret girlfriend of 6 years – with no warning and with no real signs. She was completely blindsided.

Ms Stark’s book is based on a study of over 400 women worldwide.  One of the commonalities among the study participants was that they were in marriages where they had no doubt about their husbands’ honesty and loyalty and had entrusted their husbands to protect them emotionally. The change in their husbands’ behavior was dramatic, sudden and unexplained.  These women experienced a profound and traumatic betrayal of trust, to say the least.

“The type of man who abandons often appears to be unusually moral and trustworthy, making it even harder for the wife to accept that his words are empty justifications. The most important first step in healing for a woman in this situation is the realization that her husband is not the man she thought she knew and that he never was.”

The wife is left bewildered, confused and usually feels like she is losing her mind as the husband, in his attempts to justify his actions, rewrites the history of the relationship with explanations that are typically far from reality.

The wife is often presented with statements that are contrary to those her husband made prior to leaving. For example, the man who used to say that his wife was “his everything” now says, “I never really loved you”. The wife is forced to question her own memories and is at a loss to know what to believe – it’s almost impossible to accept that her husband is just out-and-out lying to strengthen his position. 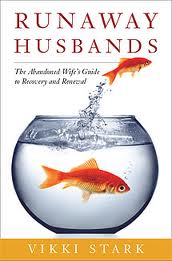 What are the Hallmarks of Wife Abandonment Syndrome?

1. Prior to the separation, the husband had seemed to be an attentive, engaged spouse, looked upon by his wife as honest and trustworthy.

2. The husband had never indicated that he was unhappy in the marriage or thinking of leaving, and the wife believed herself to be in a secure relationship.

3. By the time he reveals his feelings to his wife, the end of the marriage is already a fait accompli and the husband moves out quickly.

4. The husband typically blurts out the news that the marriage is over “out-of-the-blue” in the middle of a mundane domestic conversation.

5. Reasons given for his decision are nonsensical, exaggerated, trivial or fraudulent.

6. The husband’s behavior changes radically, feeling to his wife that he has become a cruel and vindictive stranger.

7. The husband exhibits no remorse; rather, anger is directed toward his wife and he may describe himself as the victim.

8. In most cases, the husband is having an affair and moves in directly with his girlfriend.

9. The husband makes no attempt to help his wife, either financially or emotionally, as if all positive regard for her has been extinguished.

10. Systematically devaluing the marriage, the husband redefines what had previously been an agreed-upon view of the couple’s joint history.

What are the Warning Signs?

1. Has he had affairs in the past or left previous relationships in a similar way, even if you were the one for whom he left his last wife. That’s the strongest predictor that he has what it takes to do that again.

2. Does he seem uncharacteristically unhappy with his life, even if his complaints are not related to the marriage? It’s a sign that he may be re-thinking his life.

3. Do you notice a personality change? Does he just not seem himself? Is he withdrawn or suddenly irritable? Is he snapping at the children or not wanting to participate in family activities?

4. Are his habits changing – suddenly going to the gym, buying flashier clothes, dying his hair, getting a tattoo, buying an expensive car?

5. Do his values seem to be in flux? Is he adopting ideas that he used to belittle or belittling things he used to value? Is he espousing new beliefs that surprise you?

6. Is he taking “business” trips or disappearing for periods of time and the reasons given just don’t seem to make sense?

7. Has he started to frequently mention a woman at work?

8. Does he work in a career in which he is in a position of power or authority, such as a professor, pastor, business executive or chaplain, where younger women may look up to him?

How to Move Forward

1. Recognize that the chaos will not last forever

2. Accept that the marriage is really over

3. Integrate the fact that your husband has changed irrevocably and is beyond caring for your welfare

4. Understand why he needs to justify his actions in any way possible – including rewriting history, lying or attacking you

5. Give up trying to get the acknowledgement and apology that you deserve

6. Turn your focus from the past to the future

7. Celebrate your freedom as a single person

Give Your Overworked Mind a Rest!

Every woman who is subjected to Wife Abandonment Syndrome becomes deeply destabilized for some period of time. Many are tormented by relentless thoughts as they struggle to make sense of what happened. Those thoughts are of several varieties:

1. Obsessing about how this happened – what you did wrong in the marriage, whether your husband said anything in the past to hint about the devastation to come, where he really was that time he said he was on a business trip, etc.

2. Obsessing about how to hurt him back – fantasies of revenge, the perfect withering remark you would like to say to him or his girlfriend, ways to hurt him in court, etc.

3. Obsessing about insecurities in the future – how to afford to stay in the house, what if he doesn’t contribute to a child’s medical bills, how to face old age when you’d always expected to finance it through his future inheritance, etc.

These obsessive thoughts can steal away nights and nights of sleep and torment you every waking moment. Try as you might, in the early days you can’t escape them. Here are some ways to sweep your mind clean of those disturbing thoughts:

Listen to the author

Here is a really good recording of a radio interview that Vikki Stark did awhile back.  She goes over some of the concepts and tips that are in her book in greater detail, as well as shares her personal story. It  lasts about 50  minutes.

If so, you may want to listen to this audio where Larry Bilotta helps you make sense of what a midlife crisis REALLY is, why it's happening to your spouse and how to end the chaos that is destroying your family.

My Husband Left Me – Then I Discovered the Affair – What Do I Do Now?

My Husband Left Me – Then I Discovered the Affair – What Do I Do Now? 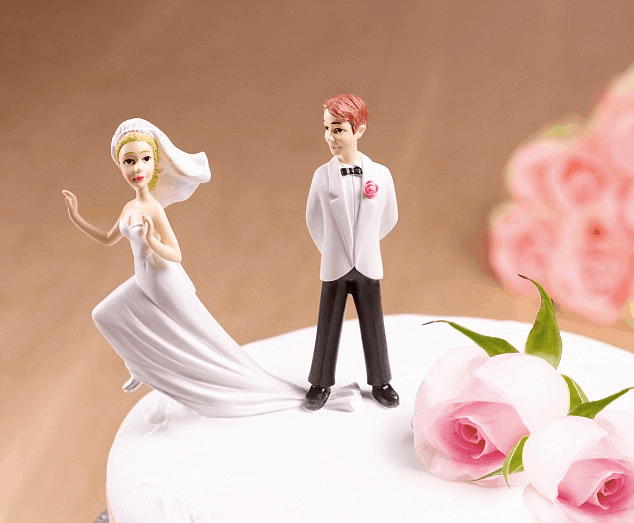