In a past post, I went over some of the mistakes that cheaters make after their affair (including myself) and the lessons learned from those mistakes.  I framed the article as “things I wished I’d known.” 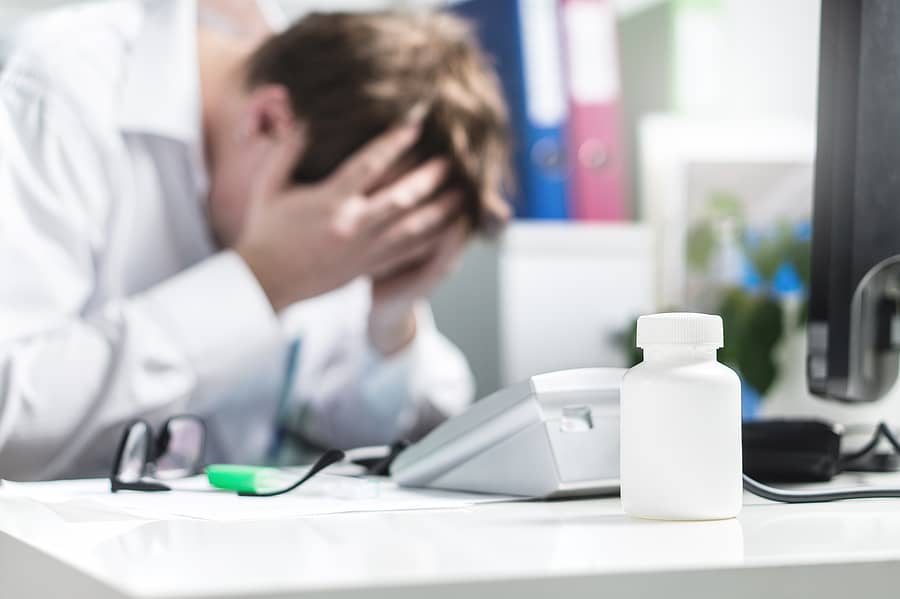 I’ll begin this particular post with a repeat of the ideas that I came up with initially and then add those that were mentioned by some of our readers.

For any unfaithful people out there, this is a short, yet important list for you to let sink in.  For the betrayed, you might want to share this with your spouse when/if you feel the time is right.

Here are the links to the articles that were previously posted on this topic if you feel like reading the comments:

Your own guilt and shame pales in comparison to the pain your spouse experienced.  Because of this, you must stop hiding behind that guilt and shame, own up to your mistakes and direct all your efforts towards helping your spouse heal and recover.  This isn’t about you anymore!

Forgiveness isn’t a get-out-of-jail-free card. Forgiveness doesn’t let you off the hook, nor does it mean that your spouse is over the affair and you don’t have to talk about it anymore. Forgiveness is your spouse’s own personal decision and is not about you.  Rather, she/he has made a choice to not hold your betrayal against you any longer.  That doesn’t mean you still can’t discuss/work on/investigate the issues that were behind your affair.  And by-the-way, forgiveness does NOT equal reconciliation.

Tell the truth from the get-go.  I wish I would have told the truth from day one.  It would have hastened our recovery and Linda’s healing by a lot.  Don’t be afraid of the possible consequences by trying to control the flow of honest information.  Instead, face the music, give your spouse what they need and let them make their own decisions.

Triggers and memories of the affair don’t just go away.  Your spouse has suffered a trauma due to your affair and there are going to be reminders and intrusive thoughts on a daily basis for the foreseeable future.  I wish I would have known how powerful these were and how long they were going to last.  That way, I would have done a better job at being aware and addressing them and protecting Linda from them, while not getting so frustrated and impatient.

It’s important to get off of the fence.  Whether you want to stay married to your spouse or leave for a life with your AP, make up your mind and just do it!  Your fence sitting ambivalence is not fair to anyone.  It just prolongs the pain and hinders any true healing.  Just be aware of how your decisions will eternally affect you and those you love.

Real love is nothing like affair love.  The feel-good ego stroking that I received from the OW was nothing compared to the unconditional love that was gracefully given to me by Linda after I broke her heart.  I surely didn’t deserve it back then.  Affair love was me being selfish and only made me feel good about myself, while the real love from Linda made me feel cared for in spite of the asshole I was back then.  She didn’t have to do that and I’ve learned a lot about love as a result.

Don’t be afraid to figure out who you really are.  Infidelity transforms a person in many ways.  Some good, some bad.  The important thing is that you figure out what makes you tick and why you do the things you do.  It took a long time for me to confront my own deficiencies but when I did, I was able to become a better person and Linda and I were able to create a better marriage as a result.

Your Marital Affair: Should You Confess?

Reader Response: 6 More Mistakes that Cheaters Make and the Crucial Things They Need to Know

I went through the reader comments and came up with six more excellent suggestions.

“It would mean SO MUCH to the BS (betrayed spouse)  if the CS (cheating spouse) confessed on their own – owned up to the affair – and willingly (on their own) came and apologized. Of their own choosing.

Instead (in many cases) the BS has to piece things together. Act like a private eye and trial attorney to get the truth. Or partial truth.

Just own up to it. Save us the BS the heartache and agony we are put through by FORCING us to get the answers the hard way.

It doesn’t help the CS either. We as the BS are filled with more anger and resentment.

It doesn’t feel good to recognize after years and years of marriage that your CS is a coward.

In addition to now being known as a liar and cheater.

How hard would it be to come and tell the BS “I’m sorry I lied and cheated. I ADMIT it was wrong and I made some bad choices. But I love you and want to make amends and hope you will give me a chance”.

Has any BS come and said that OF THEIR OWN FREE WILL? Or has the BS had to start the conversation, ask a million questions and THEN get some feeble apology.

2. “Shifting Impressions” gets right to the point…

“Another one is don’t put the BLAME on your partner. Be accountable for your own poor choices.”

“#1 most important in my book, TELL THE TRUTH NOW!! Once the betrayed knows, do not trickle truth. In our recovery (5 years in) the lies and deceit stretched out years after the affair ended. It has been the most damaging to our marriage, and most difficult to rebuild trust.

Another is NEVER SAY “GET OVER IT” or “just move on.” The wayward was stuck in that crap for months, maybe years, and they expect the betrayed to be all good in a month or two. Idiotic.

A third is “DON’T REWRITE MARITAL HISTORY TO MAKE EXCUSES FOR THE AFFAIR”. This also piles more damage on the marriage than just the affair. I am still very resentful of how my CS tried to make it sound like I was never around, she raised our sons on her own. TOTAL BS. Cleaning up some old pics and memories the other day, many of me with the boys playing, building stuff, cards from them to me, I had to bite my tongue to keep from pointing out how this contradicted her BS statements about me being an absentee father and husband.”

“Maybe realize the BS is on high alert now and that ALL your actions and words are being scrutinized.”

“The minute you blame anything at any point on the faithful spouse you go straight back to the beginning. No matter what indiscretion you may think your faithful spouse has committed it’s nothing compared to the pain of your betrayal.

I was the faithful spouse. I heard plenty of blowhard, no truth, imaginary, and flat out lies as blame shifting. It’s a major reason why I didn’t stay to work it out. All the finger pointing, the lack of ownership, the lack of actual logic, blew me away. The word “perfect” was thrown around a lot. Good luck finding perfect.

The excuses were a thousand fold. And every single one of them was her projecting her bad behaviors on me. She was less than attentive to the kids. She was lazy. She was short tempered. But the truth didn’t matter, just blaming me mattered.

So if you’re a cheater, and I’m skeptical cheaters can change, be aware that every time you think you’ve got one in your win column with your betrayed spouse, you’ve actually just lost all you’ve gained.”

“Here is one I would add: Don’t dismiss the betrayed spouse’s truth. In the throes of the affair, your focus is elsewhere. Your family is an annoyance, something you have to deal with until you can be with/speak with your affair partner again. Therefore, you pay little attention to the way you treat and speak to, not only your spouse but your children. If you are a decent human being, you are likely going to be horrified by some of the ways you acted and the things you said to the people who truly love you.

My husband astonishingly saw himself as still being a good husband and a great father during his affair, and he continued this perception after. Thank God we had a good therapist who shut him down when he said things like “I just don’t believe I said/did that”. Some examples: he “remembered” that he attended ALL of my daughter’s soccer games during the year of  his affair. He actually attended ONE. He was hurt when she called him out on this. Second example: he became obsessed with my “lack” of housekeeping skills, and once woke me up at 2 am having a fit because the kids and I had dared to go to bed and leave the kitchen “a filthy mess.”  He demanded it be cleaned. It was spotless except for a rinsed dish and spoon in the sink that one of the kids had used for a late night snack.

Affairs are irrational. They are the epitome of bad judgement, emotional abuse of your family, and completely lacking in self-respect. Do not doubt what your family tells you was said and done during this crazy time. Accept what you did, apologize humbly and move forward to live a better life.”

Now it’s your turn.  What are some of the mistakes that cheaters make that you witnessed – along with the things you wish you (or your partner) would have known once the affair was discovered?  You don’t have to be the unfaithful person to answer this either.  Anyone can chime it! 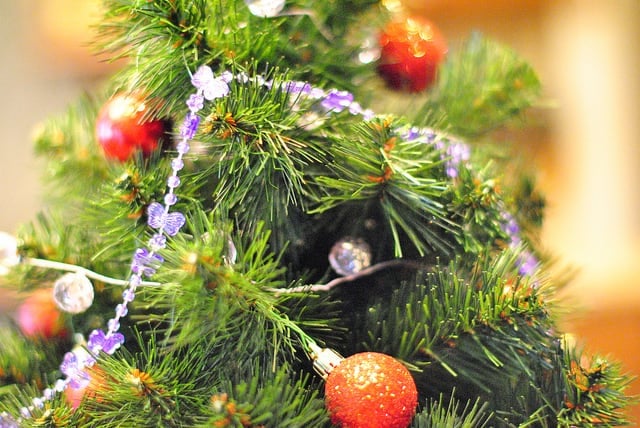 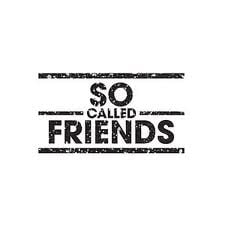 The 7 Words That Scare the Crap Out of Me

The 7 Words That Scare the Crap Out of Me