My brother-in-law and his affair partner are firmly entrenched in their little affair bubble. 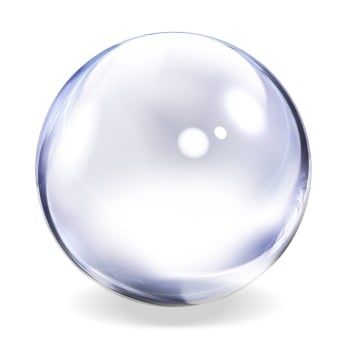 I haven’t had the opportunity to speak to my brother-in-law about the whole situation, but it is clear that he is well insulated by the “affair bubble,” and I’m afraid has made up his mind without thinking things through in a rational manner.  At this stage he can’t.

It makes me think about when I was in the throes of my emotional affair with Tanya and not thinking clearly.  It also makes me think just how lucky I am that I snapped out of my affair fog in time to save my marriage.

I fear that my brother in law will eventually come to a point and realize that he made a mistake.  But it will more than likely be too little, too late.

His wife has already approached an attorney and he now feels he will lose a substantial amount of his wealth in the impending divorce by way of a lump sum payment  in addition to paying alimony.  He says he doesn’t care.  He can live with less, and will be much happier regardless.

He is already experiencing his children’s anger and resentment towards him.  Will he ever gain their trust and respect again?  Who knows, but at the moment he doesn’t seem to care.  He is experiencing the same selfishness that I did, but just doesn’t see it that way.

I wonder how Christmas will be this year.  I wonder how birthdays will be celebrated, and I wonder really if we will ever see our nieces and nephew again as they all live several hours away.  We had a really good relationship with my sister-in-law’s family and now I wonder if we have seen them for the last time as well.

He does not seem shy about showing off his mistress, and I wonder how she will fit into or be accepted by our family.  I wonder what my kids really think about the whole situation.

An affair is more than just two people having a fling or experiencing illicit passion or what they think is ‘real love.’  It truly can destroy more than a marriage, and can affect many more lives than just the two who are involved.

I wonder if he has thought about things like this.  Perhaps if he did, he would realize there is so much more to lose than there is to gain and that eventually this affair bubble will burst and real life will take over.

I would at some point like to share my own experiences and knowledge about all this, as I can tell him that I have been there—done that.  I wonder if he will listen—or care!

11 replies to "Life in the Affair Bubble"