As anyone who has read John Gray’s book on Mars & Venus knows, women and men typically just operate differently when it comes to feeling ready to have sex. Men have that instantaneous happy button – that same button that got many men into the trouble we are dealing with now – the affair or infidelity. Women however, need more time, more listening from their spouse, more love before getting in the mood. These rules are not true for everyone however, certainly not for me. I find that I am in the mood during the day, oddly when I am away from my husband. I can send off the children to school, get my work done and then focus on my own needs and desires.

Sometimes I will email or text my husband a sexy note or a loving thought and we build up our foreplay through words. Then, when he arrives home hot and ready bam! So do my four kids, dinner, homework, baths, fight with a teen, drama from another and so on. After all of that, my mood is usually lost somewhere in the hamper of clean laundry.

One of the biggest reasons my husband looked outside our marriage was because we stopped making sex a priority. I found every excuse under the son to avoid the reality that we were having issues. I was too tired, too busy or too resentful to make sex a need in our marriage. He was too frustrated, too un-emoting and too clueless as to talk to me about how bad things had become.  He sought his needs elsewhere, justifying his gratification as a byproduct of my withholding. He would then come home, feeling horrible about himself and then the guilt and the emotions between us created an even bigger wall in our bedroom.

After we went to counseling we discovered what was missing from our marriage – intimacy. I had always heard about intimacy, thought it was just a simple thing to achieve. I share with him, he shares with me – poof, now we’re close. Let’s have sex! But, what I didn’t realize about intimacy was how if we spent more time listening to each other’s real deep emotions and giving to each other in compromise and caring then, the sex would come and it would be much more meaningful and beautiful than just the physical part (although that was better too!). Often I hear that the best sex is had after a fight and a makeup. This is part in parcel because the intimacy of your feelings and being understood. That emotional need was filled and now the physical part is heightened.

Here’s some tips we’ve found useful in carving out time for sex and intimacy:

Start Your Mornings With a Bang

Whereas typically I used to be an evening kind of gal, with kids and my healing relationship timing for sex never had more important meaning. My teens typically go to bed later than my husband and I do and they often run up the stairs looking for a lost book, last minute reminder etc. All of this interruption makes intimacy well, less intimate. So my husband and I decided that once a week he’d head into the office a little late after we say goodbye to our early risers. Alternatively if going in late isn’t a possibility, setting the alarm for a really early wake up could also accomplish your task.

Take Advantage of The Freedom

No one offers more of a buzz-kill then a teenager romping about the house at all hours of the night. Often our older kids head out for the night on Saturday at like 8 or 9 pm. When faced with this newfound freedom we pop the younger kids to bed at that time too – suddenly we have the house to ourselves again, like the good ole days! We skip that hot and heavy foreplay and opt for a quickie before the kids get back from their nights out. This gives us a bit of a rush as sometimes we’re excited at the last minute possibility to be together.

Don’t Underestimate the Power of Planning

I know without spontaneity life sometimes seems, well too planned. However, putting sex on the calendar can actually create excitement or buildup to the event and force the two of you to figure out how to get each other in the mood. (Okay, he may be a little easier than you!) I used to feel pressure when knowing I had to ‘perform’ on demand, however now that I know my husband is making such an effort to create more intimacy in our relationship I do what I can do make our time together more special. Sometimes that just means creating a little mental list of why I still love him and want him. Sometimes it means asking him to get me in the mood and sometimes I just go with it and eventually the mood strikes. I am never regretful afterwards as I know I just invested in our relationship and it always feels great.

I know that everyone talks about a hotel for the evening, especially when you have older children. This is not always so realistic for working parents, parents who do not have child care or back up. However, if you can swing it – even once a year – there is nothing, I repeat nothing, more heavenly than doing it on someone else’s clean sheets that you don’t have to change in the morning.  The feeling of relaxation that kicks in away from home, the laundry and the children can put you both back into a place where you can focus on your spouse and yourself and that’s it!

The last thing on the list that gets taken care of is usually – me. I do and care for everyone else and forget that I didn’t take time to do something kind for myself. I have found if I take an evening once in a while (maybe once every other week) and just spend it ALONE – getting a pedicure, reading in Barnes & Noble sipping a tea, I come back rejuvenated and ready to be intimate and physical with my husband again. I appreciate him more and appreciate finding the time to be together without built up resentment.

Create a plan. Sit down with your husband right now and prioritize sex and intimacy back into your marriage. Don’t let that fall through the cracks because a healthy marriage depends on a healthy sex life.

How do you carve out time to be together with the kid’s about the house? 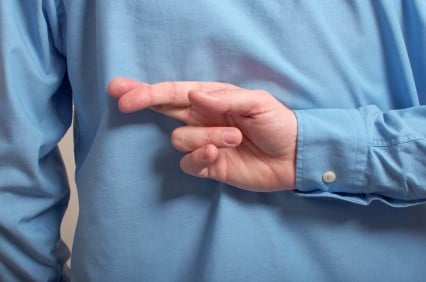 Why Men Don’t Like to Talk About Their Feelings

Why Men Don’t Like to Talk About Their Feelings 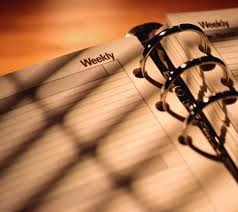 1 Response to "Finding Time For Sex and Intimacy When You’re Parents…."