Financial infidelity in a marriage is very common and is often carried out during the course of an affair.

This is the latest installment of our ‘You Decide’ series where you will provide your opinion on a semi-fictional affair scenario.

This time we’re considering an issue that is quite common – financial infidelity in a marriage – and whether or not a person who knows about it should spill the beans.

Please read on and share your thoughts in the comment section on how you would help this person.

Veronica and Victor have been married for 20 years and they have two children. Veronica and Victor met each other in their early 30’s and had children in their late 30’s. Veronica had been a high-powered executive for a global financial firm and created diversified stock portfolios for 401k plans. She had worked hard to get where she was and had invested most of her earnings by the time she met Victor.

Veronica brought wealth into the marriage and Victor brought in an enormous amount of student debt. Veronica continued to work after their first child was born and continued her career in finance. Veronica was working on special projects for a Board of Directors for a famous financial firm when she became pregnant with their second child. Veronica was an asset to the company and her company offered to hold her job for a year, since she wanted to take a year off to raise her family.

By this time, Veronica’s husband was able to support the family due to Veronica’s investments during the marriage. They could live on one income. Veronica declined this generous job offer and became a full-time mom and continued to manage the family’s investment portfolio. It grew astronomically under her guidance.

During their 18th year of marriage, Victor decided that he wanted to manage all the investment funds. Veronica had made the family millions of dollars, ten years before the financial benchmarks she had set.

That’s when Victor stopped allowing Veronica to manage the investment portfolio. Victor explained that he had been reading finance articles and that he could be just as shrewd as an investor as Veronica. Veronica resisted, but Victor was adamant about his decision and Veronica backed down in order to keep the peace in their marriage. 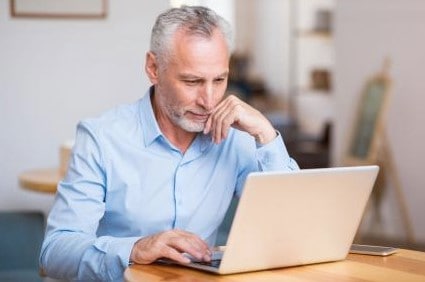 One day, Victor started opening separate investment accounts in his name and having money deposited into them before his paycheck was deposited in the bank. Veronica was completely unaware of what Victor was doing because the number one rule Victor and Veronica had in their marriage was 100% financial transparency. They always had the understanding that all decisions were made as a team.

Even when Veronica was the head of the family finances, she kept a detailed spreadsheet and spoke to Victor about what she was planning to invest in and why. If Victor did not agree, then Veronica respected his wishes and chose a different set of investments that Victor approved. Veronica also kept the finance spreadsheet in a shared folder, so that Victor could view it at all times.

Veronica and Victor shared bank accounts, credit cards, and did not make financial decisions without the other. This was how their marriage had always been until Victor decided to take the investment portfolio away from Veronica because Victor wanted to manage it.

One day, Victor went to work and bragged very loudly about his financial genius, bragged about the numbers in his investment accounts, told everyone he had grown the wealth and then mentioned he was now opening accounts in his name only.

All of the people at work overheard the story and all of them knew Veronica very well. A woman named Martha, who had tremendous respect for Veronica and often had coffee with Veronica, was extremely distressed to hear Victor bragging so callously about diverting money in a way that Veronica would have a difficult time finding. Since Veronica trusted Victor, Martha knew such an act would never have occurred to Veronica. Veronica would have never expected Victor was capable of such behavior.

Martha had an internal battle as to whether or not to find a way to alert Veronica that life was not the way it appeared to be. This was so troubling for Martha to have this information. Martha felt very guilty and torn; it often kept her up at night.

Martha knew Veronica had always been a good and loyal wife and that Veronica gave up a high-powered career to raise children. It troubled Martha that this was happening to Veronica. She wanted to warn Veronica, but she was in between a rock in a hard place since she worked with Victor and had coffee with Veronica, who never suspected anything.

If you were in Martha’s shoes, what would you do?

Most of all, if you were Veronica, would you want someone to tell you?

Or, if you were Veronica, would you prefer that people intentionally withheld information about your spouse diverting money?

**Also, if you’ve ever been the victim of financial infidelity (it is often an element that occurs as part of an affair) then please share your experiences.

5 replies to "Financial Infidelity in a Marriage: To Spill the Beans or Not? – You Decide"