I wanted to share another brief video by Dr.Sheri Meyers, as I feel this one is also very good and is one that I can really relate to. She mentions that people who get involved in any type of affair usually have something that is missing in their relationship with their partner which they subsequently find in their affair partner. This was the case with me and Linda which eventually caused me to have my emotional affair with Tanya. Though I still loved Linda, I was able to find qualities in Tanya that I actually needed (and should have asked for) from Linda, but was not getting. As Dr. Meyers says, it was like I had my cake and was eating it too.

After I realized what I had at stake and could lose very easily, I knew that I had to end the affair with Tanya. Unfortunately, it took a while for it to end once and for all. As I mentioned, Tanya was like a drug that made me feel good, and it was difficult just to walk away, even though I knew that I had to. I knew that I had my family and all the great things that go with having a family, a wife who loved me regardless of how badly I hurt her, and at the same time a relationship with a woman that gave me many of the things that were missing in my marriage. What man could ask for more?

The pressure started to mount big time, and all this bliss was starting to explode in my face. I was torturing Linda and consequently faced her emotions on a daily basis, and at the same time Tanya was starting to talk more seriously about our relationship, and was becoming more demanding of my time and energies. I knew what I had to do, but rather than just cutting things off with Tanya, I started to become more distant, we talked less and we didn’t see each other nearly as much. Naturally, all of this didn’t sit too well with her and consequently we would argue sometimes when we were together. I didn’t need all of this!! Suddenly, the relationship was becoming more of a hassle than it was worth. It finally got to a point where I couldn’t take it any longer and I simply told Tanya that it had to end. Things were going way too crazy for me and I wasn’t about to leave my family. It was time for me to start rebuilding my relationship with Linda.

After ending the affair, it was difficult at first because I would often think about Tanya and would wonder how she was doing, which I think was only natural. It didn’t help either that Linda would bring up something about her and our relationship on a daily basis. But I promised myself I wouldn’t make any contact with her and would do what I could to save my marriage with Linda. That is when our whole new journey began.

Now, here is the video from Dr. Sheri Meyers. It’s only a little more than 5 minutes long, but it has some good stuff in it. I hope that you can get some value from it. 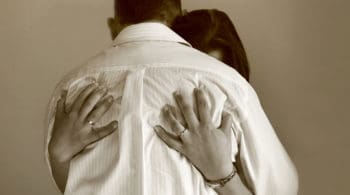 A Reader’s Final Thoughts on Her Affair Recovery

A Reader’s Final Thoughts on Her Affair Recovery

4 replies to "Ending the Affair"