Our discussion this week is going to focus on forgiving infidelity.

Whether your spouse has said they’re sorry and asked for your forgiveness or not, you may still struggle with the idea of forgiving their infidelity.  Heck, you may not even know at this point what forgiveness means for you, personally.

If you think about it, forgiveness is a rather vague term.  It can mean different things to different people, depending on your belief system and background.

Something you may ask yourself is should you forgive your cheating spouse, or should you not offer them the absolution of your forgiveness? And if they haven’t asked for forgiveness, what does it mean for you?

Forgiveness should be one of the milestones on your journey to healing from the affair, but please remember that ultimately it’s up to you whether or not you forgive your spouse – regardless of whether they ask or not.

With all this in mind…

What does (did) forgiving your spouse for their infidelity mean to you?

Has your spouse apologized to you and asked for forgiveness?  If not, why do you think that is?

Would forgiving infidelity release you from the pain you are feeling?

Remember to respond to each other in the comments! 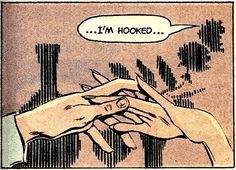