Recently a reader wanted to know what I have learned from the cheaters that post comments to this site. 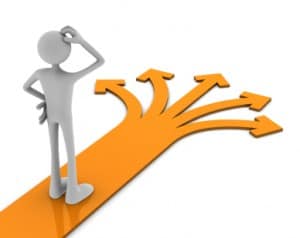 I have to say it isn’t really so much the things I’ve learned from cheaters but more like what I’ve observed about their behaviors – Doug included.

Before I go any further, I want to be perfectly clear that I am not talking about all cheaters.  There are many on this site who I truly admire and appreciate.

That being said, I want to point out a few of the cheater’s behaviors that I have observed throughout our two years of doing this blog that I feel are destructive and can be a barrier to affair recovery.

If you are a cheater and wish to save your marriage, you might want to conduct some self-behavior modification if you are guilty of the traits that I’m about to describe.

I guess the most disturbing behavior I’ve observed by the cheater time and time again is the selfishness – the belief that everything is about them and how they are hurting, feeling and grieving.  They believe there are only two people in the world that are important or valuable – them and their affair partner.   I have witnessed many cheaters who lack compassion and empathy and are unable to see beyond the fantasy world and understand the pain their selfishness has caused.

Another behavior is their inability to let go of the affair partner or the fantasy.  They often seem to be afraid to look beyond the fantasy and really understand what was happening within themselves that allowed them to be vulnerable to an affair.  They choose to remain personally static rather than do the hard relationship work.  They don’t want to grow up and they believe that their fantasy world is so much better. Little do they know that as long as they remain there the chances for contentment and happiness are slim at best.

Questions a Cheater Should Ask Themselves

Sure, the cheater has every right to feel that their spouse was not meeting their needs at the time.  They can also feel head over heels in love with their affair partner.  They can feel the pain of withdrawal after their affair ends and they can reminisce about how exciting and fun their affair was.  However, along with these things, I feel they also must ask themselves the following questions:

I also want to say that the behaviors I mentioned can go both ways, as there are many betrayed spouses that are demonstrating some of the same selfish traits as that of the cheater and need to ask themselves the same questions.  Many also fail to understand or admit their part in the deterioration of their marriages.  There are also betrayed spouses that need to look deep within themselves and learn to forgive and heal.

Let’s face it…none of us were taught in school how to react to and overcome infidelity, and none of us are anywhere close to being perfect, so we all have some things that we can learn from each other.

I for one, have learned a great deal since we started this blog – things about myself, about Doug, about our marriage and about relationships in general.  It just sucks that it took an emotional affair for this learning to happen. 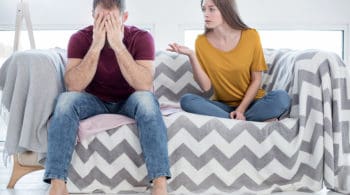 85 replies to "A Few Things I’ve Learned From Cheaters"